The Experts: the facialist who looks after celebrities’ skin

Have you ever wondered who looks after celebrities’ skin? Imagine telling an Oscar-winning actress that her skin was sagging? Well that is exactly what our skincare expert, Celebrity Facialist and brand Founder Su-Man Hsu did.

And who was the actress? It was no other than French actress Juliette Binoche. Staring in films such as The English Patient and The Unbearable Lightness of Being, Su-Man was not shy about telling the actress that her complexion was far from radiant.

Su-man says: “I said what’s happened? Her skin was stagnated and sagging! She didn’t speak to me for the rest of the session.”

Bu whilst Juliette wasn’t impressed with Su-Man’s small talk, it seemed she was impressed with her skincare expertise, as a year later when she was in London working, she called Su-Man to come and see her. 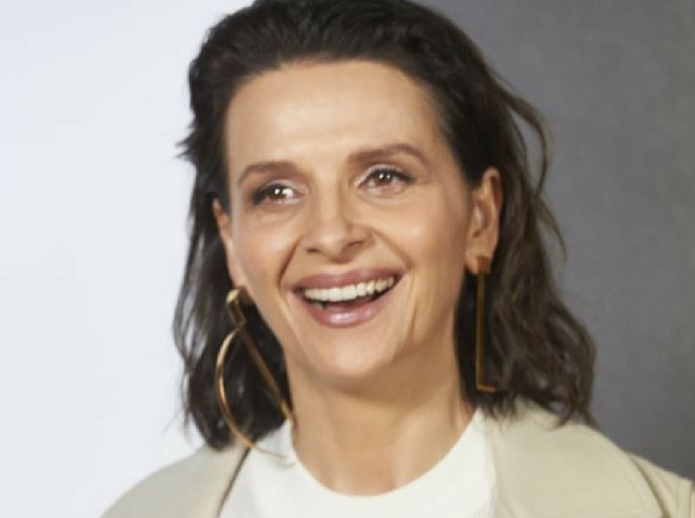 Su-Man is the facialist to Oscar-winning actress Juliette Binoche

Luckily for us, it isn’t just celebrities who can reap the benefits of Su-Man’s expertise. For our second instalment of The Experts, we’ve teamed up with the leading facialist to give you a sneak peek in to her night time skincare routine. 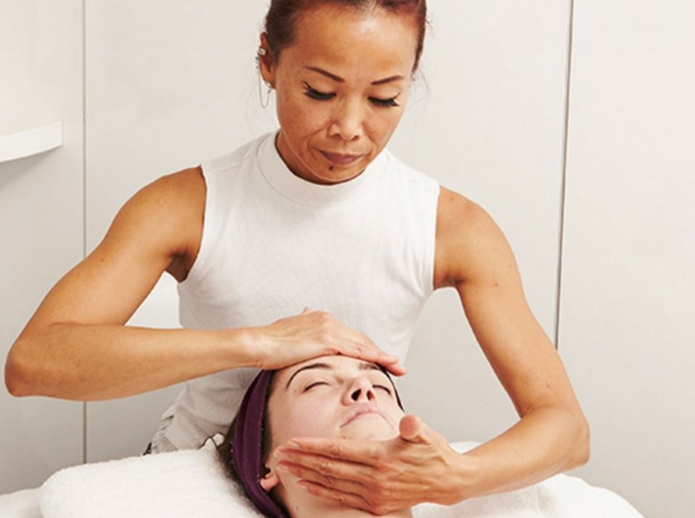 Now, the founder of her own skincare brand, Su-Man Skincare, her products have been dubbed as ‘the non-invasive alternative to Botox’ by a plethora of editorial big shots. The 52- year-old who grew up in a mud hut in Taiwan has revolutionised the world of skincare, with her facial massage being dubbed a ‘facelift in an hour.’ Combining massage techniques from the east and the west, the skincare ritual maintains a strong focus on a facial massage.

Refining the art of the facial one step at a time, Su-Man has now found a way to ‘put her facial magic into bottles’ so the mere mortal can also benefit from her skin wisdom. Discover the skincare routine and her products below:

“A night time cleanse is all about purifying your face to make it clean and fresh.” 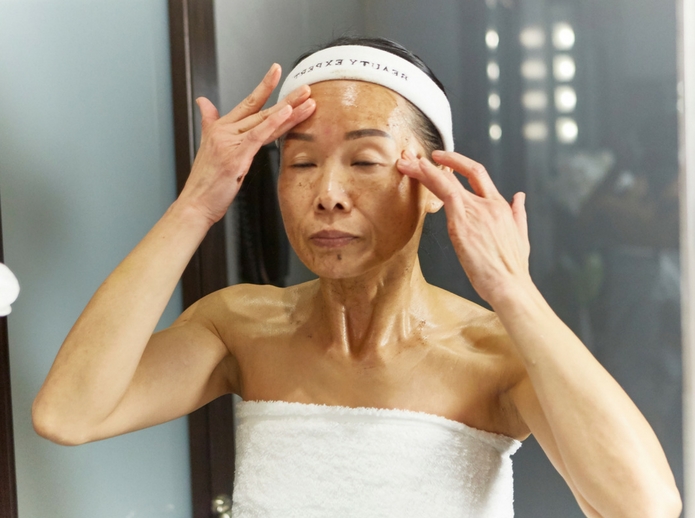 How to: Squeeze a thumb size amount on to your hand and rub over your face. Always start from the base of you neck and move upwards, moving inwards and outwards. Use your knuckles in a circular motion to help into the muscle and release knots. Do this along your cheekbones, forehead, eyes and the bridge of nose. Do this for 45 seconds.

“Exfoliation is essential in order to support your skin’s natural function. It also preps your skin to absorb active ingredients efficiently without irritation.” 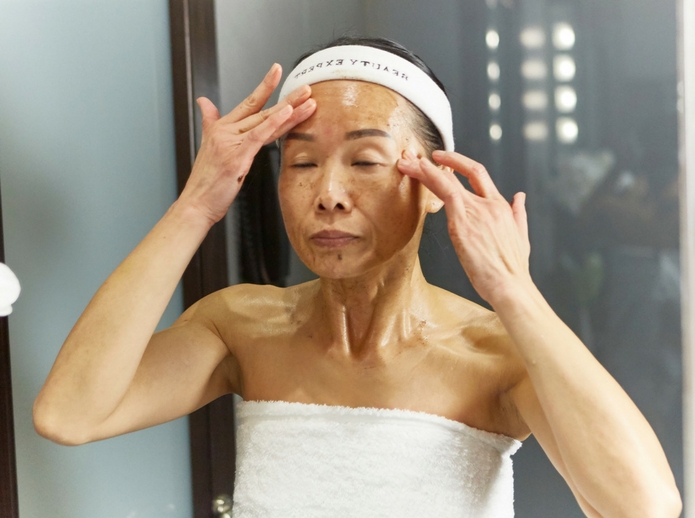 How to: Place a thumb size amount on your hands and rub all over your face, focusing on the areas where light appears faster such as your frown line, the bridge of your nose, your lips and the edge of your hairline. Then, use a circular motion to massage in along the cheek, the jaw line and the side of your neck.  Rinse with lukewarm water.

“Toning essence works to replenish and restore the hydration lost while cleansing.” 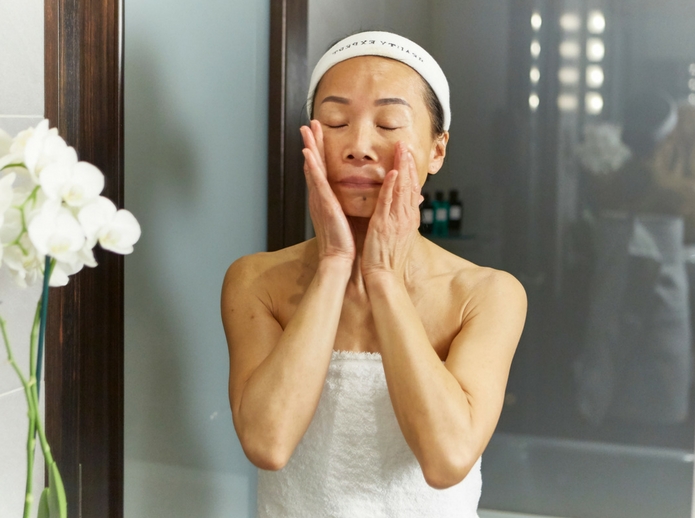 How to: Dispense a few drops of the toner on to your hand and place on your face. Then use your hands and fingertips to tap in to the skin. This allows the active ingredients to penetrate the skin deeper.

“The serum has much smaller molecules so is designed to deeply penetrate your skin layer. It’s a great tool to target skin concern.” 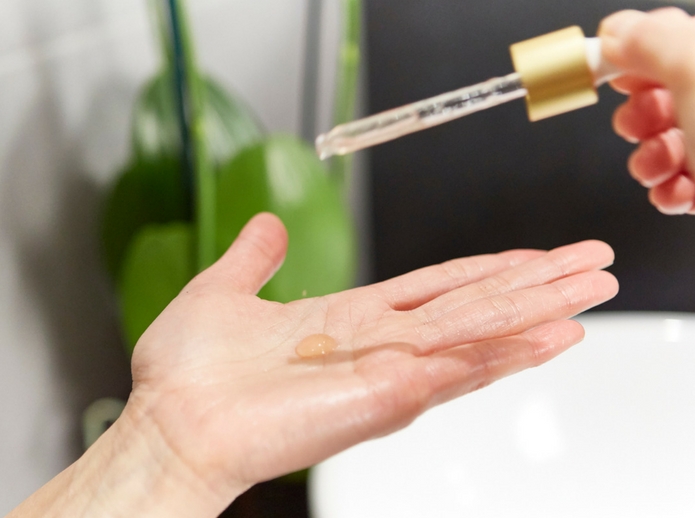 How to: First, shake the serum. Then, squeeze one drop in to your hand (this is enough for all of your face) and rub all over your face and neck. Smooth around your eyes and lips using a zig-zag motion, as these areas are more prone to lines and wrinkles. Then focus on the cheeks.

“People often ask me: why eye cream? Well, the skin around your eye area is very thin and fragile and constant movement really causes the lines and wrinkles to appear much faster. So an eye cream is really important to protect your eyes.” 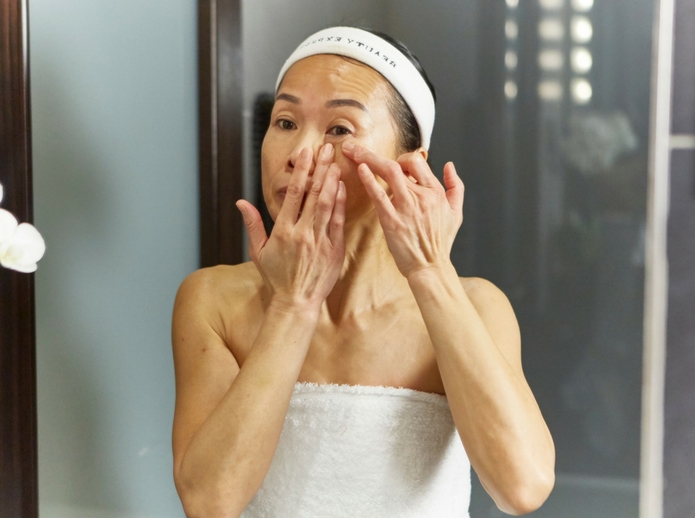 How to: With the eye cream, less is more so pop just the right amount on to your finger and rub across your eye. Use a zig-zag motion to apply underneath the eye, focusing on the crow’s feet and smoothing across the eyelid.

“This is your final step. A moisturiser will lock in everything you have just put on and keep your skin supple and smooth. It contains three peptides which are really powerful anti-ageing ingredients.” 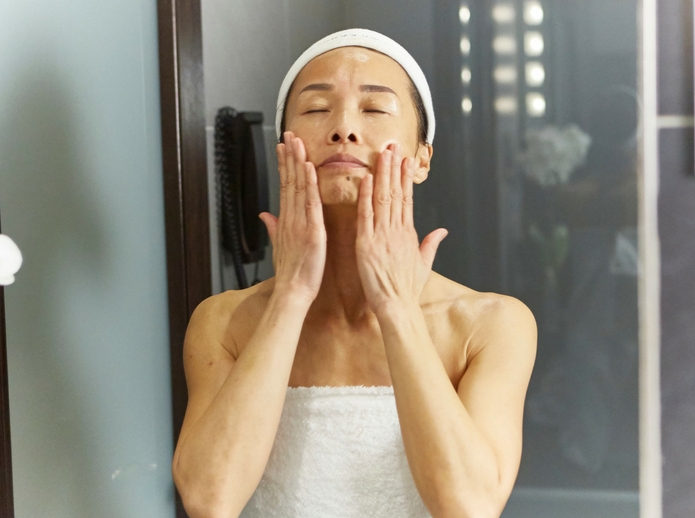 How to: Use a fingertip size amount on your hands and rub the palms of your hands together. First, rub over your jaw line, rubbing three or four times, firmly but gently. Next, rub underneath your cheek bone and your eye socket with the palm of your hand, rubbing both vertically and horizontally. Make sure to take care of your neck rubbing back and forth as well as side to side.

And there you have it, an entire ageing-defying skincare routine from the women who looks after the complexions’ of A-listers. Oh, and in case you were wondering. Su-Man is still in touch with Juliette and became her personal facialist! Proving, that skills and expertise are valued above the biggest small talk blunders!

If you enjoyed this video, don’t forget to come back next week when our next expert, Olympic Athlete, Samantha Murray will be sharing her fitness tips to help you stay energised throughout the week. 5 Simple Makeup Looks for the Office

What is the Best Order to Apply Skincare?

What is the Best Cleanser for Sensitive Skin?

The Benefits of Gold-infused Skincare